Notes: Rose Crowther was associated with Roath Road Wesleyan Methodist Church, Cardiff. She joined the Red Cross in June 1916, but nothing is known of her service. Image and information courtesy of Glamorgan Archives (DWESA6). 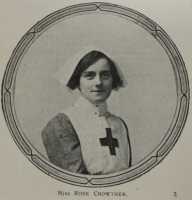 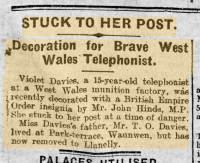 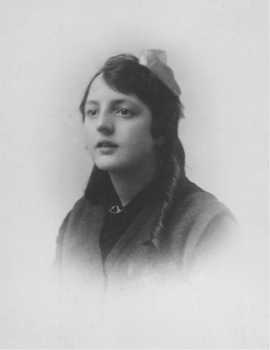 Notes: Her niece Mary Davies gives the following information: My aunt was a nurse in Caerphilly in WW1 and nursed a young cockney soldier wounded in the Somme. They ran off on his motorbike (to avoid my aunt marrying the son of the local furniture store according to my uncle) and were married for over 50 yrs. In between nursing she played the organ for the silent movies!

Notes: Nothing is currently known of Mary D Davies, who worked, perhaps as a WAAC, in the Army Transport Service. 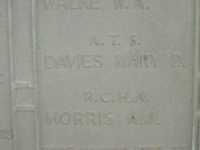 Notes: Lilian Dove was the daughter of the former minister of Roath Road Wesleyan Methodist Church, Cardiff. She survived the sinking of SS Osmanieh, in which Margaret Dorothy Roberts died, on 31st December 1917. The Roath Road Roamer reported that she was 'rescued and is apparently none the worse for her unsought adventure and the exposure, shock and explosion, except that she unfortunately lost all her belongings’. She nursed in Alexandria until the end of the War. information courtesy of Glamorgan Archives (DWESA6).

Notes: Annie, a farmer’s daughter aged 21, joined the VAD in early October 1917. Two weeks later she was posted to the City of Middlesex Military Hospital, Napsbury in Hertfordshire where she remained until May 1919.

Red Cross card in the name of Annie Mary Davies

Notes: Formerly matron of Blackburn Fever Hospital, Annie Evans joined the Scottish Women's Hospital at Valjevo in Serbia in 1915. She and the unit in which she served were taken as prisoners of war by the Austrians on 10th November 1915. After months of badgering by Dr Alice Hutchinson, head of the unit, she and 32 others were repatriated to Britain.